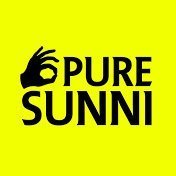 By محمد حسن عطاری,
February 16, 2021 in Debate and Refutation of Deviants